Home >  About Us >  University Profile >  Cooperative Universities in Japan

As an installation of intelligence in this region, NCU is actively carrying forward cooperation and partnership with other universities in order to raise the level of education and research and distinguish its character and features.

The main universities with whom NCU has concluded a cooperative agreement

Cooperative agreement with Nagoya Institute of Technology
(Concluded on December 5, 2007) 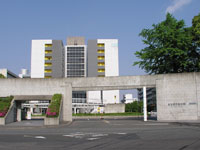 NCU concluded the "Basic Contract for the Promotion of Partnership and Cooperation" with Nagoya Institute of Technology (NIT) for the purpose of promoting partnership and cooperation in all academic fields, including research, education, international exchanges and academic-industrial alliances, and contributing to the academic development in Japan and also in foreign countries and the production of deserving human resources. In the academic years 2008 through 2010, NCU and NIT jointly put into effect the Educational Revolution Assisting Program for Graduate Schools under the title of "Nurture of Drug-Engineering Fused Nanomedicine Development Researchers" sponsored by the Ministry of Education, Culture, Sports, Science and Technology. Based on this assisting program, NCU and NIT established a joint graduate school in 2013 aiming at the fusion of "nanotechnology" and "advanced drug development research."
Cooperative agreement with Meijo University
(Concluded on February 5, 2008) 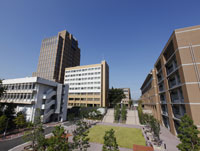 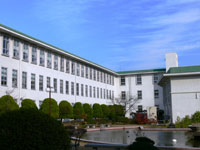 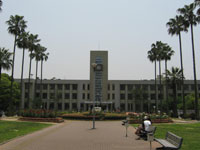 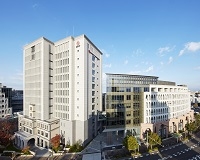 NCU concluded the Comprehensive Cooperation Agreement with Chukyo University for the purpose of promoting cooperation in education, research, social contribution, etc.,and contributing to the development of science and industry and the cultivation of human resources.